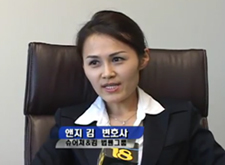 Tanya D. Sizemore Hehir, Esq., Speaks at a Hearing Before the Riverside County Board of Supervisors, (Re: Tax Appeal), June 8, 2010

• Obtained a rare appellate order on a Petition for Writ of Mandate (a 2010 survey indicates that only about 6% of Appeals and Writs are granted) from the Second District Court of Appeals, reversing the trial court’s ruling and ordering the trial court to act expeditiously to correct the legal error;

• Prevailed on a dispositive motion in an employment law case against an international corporation claiming that its former employee was an exempt managerial employee and not entitled to overtime;

• Successfully defeated an international corporation’s claims of trade secrets violations against one of its former directors;

• Successfully defeated a class action lawsuit on behalf of a public maintenance company at the class certification stage;

• Successfully defended a will contest action brought by stepchildren represented by an international law firm against the stepmother on the basis of undue influence and lack of capacity;

• Successfully invalidated a will on behalf of omitted beneficiaries and heirs in a will contest matter by declaring the will forgery;

• Successfully obtained settlement on bond claim against surety where the insurance company claimed that the bond was barred by the applicable statute of limitations as well as outside of the insurance contract;

• Successfully defended a broker against charges brought by FINRA.